What is Palliative Medicine, and How Do You Say It?

Next a proviso: Palliative Care is not the same as Hospice.

(And a quick aside: Who actually is ‘Hospice’? Shocking to me when I found out, hospice is a [actually the only] Medicare benefit that includes pharmaceuticals, medical equipment, and 24/7 access to care and support for loved ones following a death. I hadn’t given it any thought and figured Hospice was a very well-run nonprofit or volunteer organization until my uncle needed hospice home-care and I asked the nurse: She told me, “Hospice is Federal Medicare.” That’s a subject for another day as Hospice is so well-run, it’s almost like a well-kept secret that the Federal Government not only has its fingerprints all over it, but also actually administers it.)

Back to today’s topic: Palliative Care is a term derived from Latin palliare which means, “To Cloak”. Give this some thought and it all becomes meaningful and clear. It doesn’t matter the disease, treatment is focused on providing relief from the symptoms, pain and stress of a serious illness — whatever the prognosis (including recovery). The goal is to improve quality of life for both the patient and the family. Palliative Medicine intends to neither hasten nor postpone death. 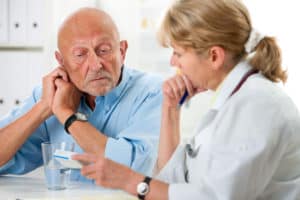 There’s no single model for a palliative care team, but in general the minimum will include a doctor, a nurse, and a social worker. Palliative care workers have become very skillful in prescribing drugs for physical symptoms while maintaining a patient’s full faculties and function. Most of us recognize that with physiological symptoms, there are often psychological, social, or spiritual symptoms as well. That’s where the team approach comes in.

An interdisciplinary crew, which often includes a counselor, helps cope with ALL the symptoms rather than depending on medical/pharmacological interventions alone. Other experts often fill out the team, according to a patient’s needs. These can include chaplains, pharmacists, dietitians, rehabilitation specialists, physical therapists, music and art therapists, and home health aides.